Abstract of Richmond, Inc. is locally owned and operated and has been serving clients since 1979. Our experienced and knowledgeable staff of professionals guarantees a positive experience from the initial order of title work to the closing table. Our goal is to get to know our clients personally, so we can present them with comprehensive and appropriate title options to meet their needs. We strive to provide closings that exceed customer expectations. This consistent commitment to our customers has established us as a proven leader in the title industry.

Abstracts of Richmond, Inc. offers a full array of title insurance and closing services, including commercial, residential and industrial transactions. When you are in need of title services or have questions about the transfer of property, we want to be your first choice.

In addition to comprehensive title policy options, we offer specialty services to ensure a smooth and timely transaction. Our in house legal counsel is available to answer questions ranging from encumbrances on real estate to handling estates or land contracts. We are a full service title insurance and closing provider.

A relationship with Abstracts of Richmond, Inc. means you are always in the presence of experience and expertise.

Robert (Bob) Bever is a native of Richmond and began practicing law in 1978 with the prior firm of Harlan, Schussler, Keller & Boston. He graduated with honors from DePauw University in 1975 and is a Magna Cum Laude graduate of Indiana University Law School in 1978. He was named in Outstanding Young Men of America in 1983 and is listed in Who’s Who in American Law. Bob’s primary areas of practice include real estate development, banking, general corporate and business, estate planning and administration, and municipal law. His clients include many locally owned businesses and companies, as well as a National Company, BSN Sports, LLC. Within the community, Bob has served as the Chairman of the Board for the Wayne County Area Chamber of Commerce; President of the Board for Forest Hills Country Club; serves on the Board of Directors for the local Y.M.C.A. and Central United Methodist Finance Committee; and remains active in local politics. He also served as Richmond City Attorney from 1996-2004, and currently serves as Town Attorney for the Towns of Cambridge City and Dublin. Bob and his wife, Amy, along with their two dogs and barn cats, live on a 10 acre “farm” just south of Richmond.

Richard (Rick) Boston graduated from Richmond High School in 1964 and returned to his hometown in 1971 to begin his legal career after graduation from Indiana University School of Law – Bloomington, where he received his Doctor of Jurisprudence degree. Upon returning to Richmond, Rick joined the law firm of Harlan, Schussler, and Keller, predecessor of the present firm, where he has continued to practice for more than 40 years. Currently Rick serves as managing partner of the firm while focusing his practice in the areas of wills, trusts and probate matters; business transactions; real estate and bankruptcy. Rick has held an appointment through the U.S. Department of Justice as a Chapter 7 Bankruptcy Trustee for the U.S. Bankruptcy Court for the Southern District of Indiana since 1979. His professional affiliations include memberships in the Wayne County, (past President and Treasurer), Indianapolis, Indiana State, and American Bar Associations; National Association of Bankruptcy Trustees; and American Bankruptcy Institute. Rick has a strong interest in the cultural arts and has served on the Board of Directors of the Richmond Symphony Orchestra, and presently serves on the Board of Directors of the Richmond Art Museum, the Art Advisory Committee for Indiana University East campus, and as legal counsel to the Starr-Genett Foundation for the preservation of Richmond’s historic jazz heritage.

Ronald (Ron) Cross grew up in Richmond, Indiana. He graduated from Richmond High School in 1965 and from Indiana University in 1970 with a Bachelor of Arts Degree in economics. While in undergraduate school he was inducted into Phi Beta Kappa academic honorary fraternity and joined Lambda Chi Alpha social fraternity. After working for three years in the management-training program at Belden Corporation in Richmond, Ron returned to school in 1973 to study law at Indiana University – McKinney School of Law. He graduated Magna Cum Laude from law school in 1976 and became a member of the Richmond firm of Reller, Mendenhall, Kleinknecht & Milligan where he practiced until January 1, 1998, when he joined the newly created firm of Boston Bever Klinge Cross & Chidester. Since 1976 Ron has practiced with concentrations in school law, municipal law, banking and business law, and the representation of corporate and individual clients in a general civil practice. He has served as general counsel to Richmond Community Schools, Richmond, Indiana, since 1978. Ron served as assistant city attorney for the City of Richmond from 1992 through 1995. Since January 01, 2001, Ron has served as County Attorney for Wayne County Government. In 1998, Ron was appointed by the Indiana Supreme Court to serve as a member of the State Board of Law Examiners’ Character & Fitness Committee, and he continues to serve in that capacity.

Adam Forrest was raised in Richmond, Indiana, and graduated from Richmond High School in 1993. Upon graduation, he attended Marquette University and received his Bachelor of Arts, Public Relations, in 1997. Adam then attended the Creighton University School of Law and received his Juris Doctor degree in 2000. After law school, Adam served for two years as a staff attorney for the Illinois Supreme Court. Next, he served for two years as a law clerk for the Honorable William G. Hussmann, Jr., Magistrate Judge of the United States District Court, Southern District of Indiana. In 2004, Adam joined the firm as an associate and in 2009 he became a partner. He is a general practitioner with a majority of his practice focusing on the areas of civil litigation, criminal defense, family law, and estate planning and administering. Adam also represents several corporate and individual clients as well as many municipalities in Wayne and Rush Counties. Adam is a member of the Wayne County Bar Association and the Indiana State and Illinois State Bar Associations. Adam currently serves on the board of directors of the Wayne County Foundation, Boys & Girls Clubs of Wayne County, Junior Achievement, Cope Environmental Center, and Whitewater Valley Pro Bono Commission. Adam is licensed to practice law in the State of Indiana and the State of Illinois. 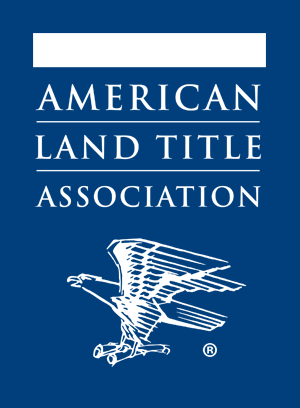